With the enduring popularity of dinosaurs, especially among kids, you’d think there was no new way to present them and nothing new to discover about them. Wrong! The new show Ultimate Dinosaurs, which originated at the Science Museum of Minnesota and will be at the Cleveland Museum of Natural History from Fri 11/19 through Sun 4/26/20, features dinosaurs who lived in the southern hemisphere in areas such as South America, Madagascar and other parts of Africa.

Since they evolved in isolation from the usual brontosauruses and tyrannosauruses were all learned about when we were little, they were very different. The exhibit explains why and how in 16 life-sized reconstructions, touchable fossils and augmented reality presentations which show the creatures in the environments where they lived.

“The exhibit’s use of new technology brings history to life like never before, allowing our visitors to ‘engage’ with dinosaurs they never knew existed and that were unknown even to scientists as recently as 30 years ago,” said CMNH president/CEO Sonia Winner in the exhibit press release. “Ultimate Dinosaurs is a great example of how we are using technology to advance our mission to educate and connect with our community in compelling ways.”

Learn about the gigantosaurus, which was even bigger than the tyrannosaurus rex; the suchomimus from Niger, which weighted 6,600 pounds and was 33 feet long; the Rapetosaurus which is believed to have grown to be 60 feet long; and on the other end of the scale, the tiny omnivorous eoraptor, at only about 22 pounds.

Ultimate Dinosaurs is included with regular admission: $17 for adults; $14 for youth 3-18, college students and seniors, $8 for everyone after 5pm Wednesdays. CMHN is open seven days a week (including Mondays when most museums are closed). It will be closed Christmas and New Year’s Day. 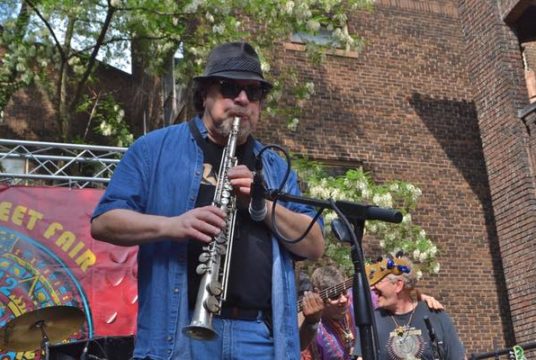