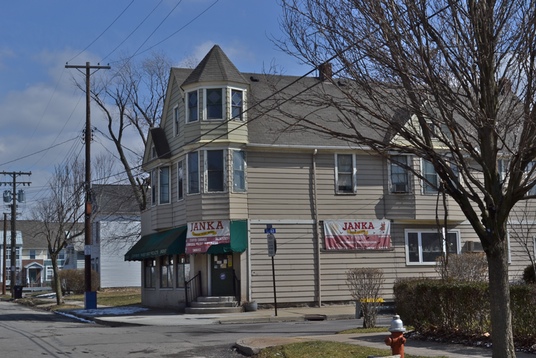 Slavic Village got its name and distinctive flavor from the numerous eastern European immigrant groups that settled in the neighborhood just south of the booming industrial Flats in the late 1800s and early 1900. Waves of Polish, Czech and Slovenia arrivals came looking for work and left their distinctive stamp on the neighborhood in its churches, architecture, social clubs and food. No one who visits the Shrine Church of St. Stanislaus, where services are still conducted in Polish, will come away without a sense of awe.

In the 2000s, Slavic Village was ground zero for the national foreclosure crisis, with more foreclosures than any other zip code in the country in 2007. But neighborhood leaders took that as a challenge to preserve its heritage and bring new life to the neighborhood.

The old ethnic clubs —  like the Bohemian National Hall & Czech Cultural Center, the Slovenian National Home and the Polish-American Cultural Center — pay tribute to their cultures while hosting new, fun, hip events. Traditional eateries serving up pierogies, kielbasa and stuffed cabbage have been joined by a farmers market and a burgeoning number of community gardens springing up where crumbling houses once stood. St. Stanislaus opens its doors to city-wide cultural organizations which regularly present concerts there. The Broadway School of Music and Arts encourages both participation in and enjoyment of a wide range of arts.

The neighborhood has also been working hard to upgrade and maximize its outdoor and recreational assets. It’s home to many beautiful parks, and a waterfall on the Mill Creek that runs through the southern end of the neighborhood is the largest waterfall in the county. For cyclists, not only does Slavic VIllage have many bike paths, including a portion of the historic and newly restored Ohio and Erie Canal Towpath Trail that connects it to other parts of the city, but it’s also home to the Cleveland Velodrome, the only Olympic-grade bicycling track in the region with classes for all ages and skill levels. The annual Iron Ward Festival (above) since 2004 has offered free music for all, under the evening sky, each summer Monday at 7 from June through August at Dan Kane Park, a couple blocks from St Stanislaus Church. Call 216.469.4806 for details.

No Cleveland neighborhood has worked harder to find opportunity in hard times, protect its assets and create new ones than Slavic Village. Did We Miss Something? Your Suggestion Here

One Response to “Slavic Village”