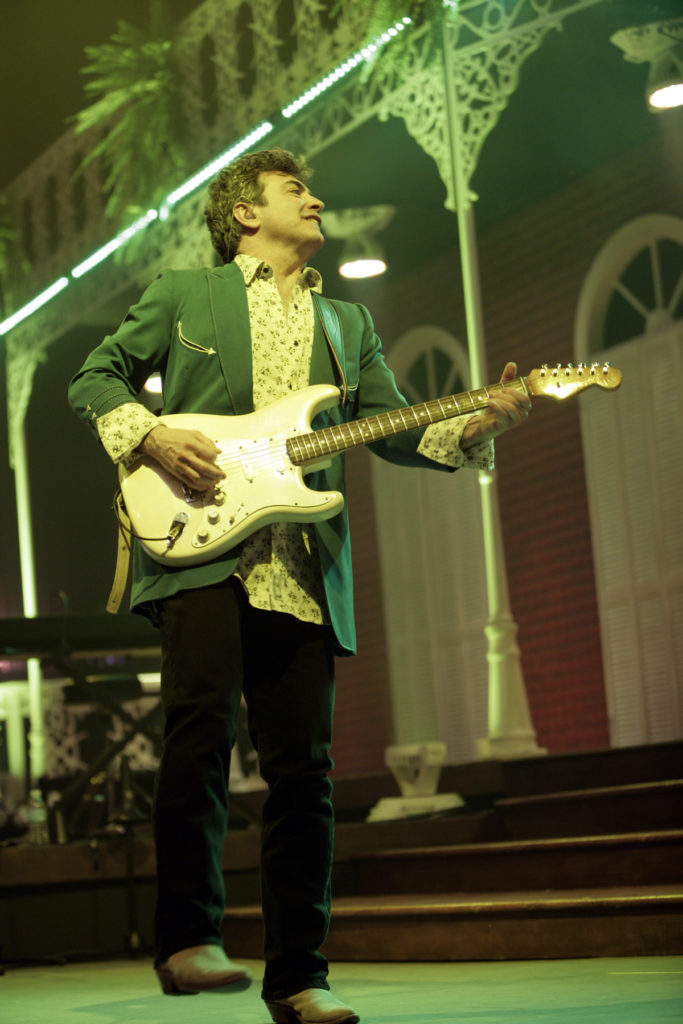 Like most baby boomers, Todd Sharp can vividly remember the life-changing moment of watching the Beatles’ 1964 performance The Ed Sullivan Show. Whereas that iconic appearance led many of his peers to pick up a guitar, Sharp actually made good on the Fab Four promise of rock stardom.

“I sort of had it in my genes,” said Cleveland Heights native Sharp, who grew up in a musical house thanks to his parents —  guitar-playing father Fred and singing mother Iris. “What really me interested was when I heard the Beatles.

“That kind of changed the world for me. I was in elementary school. Then I started to play guitar at 11. I did what most people do, I got into a band with a couple of friends.”

The local acts, which played mostly covers around Northeast Ohio, included the Case of E.T. Hooley, Fleet and the Maudie Barker Band. It was a demo from the latter group that Sharp gave to John Oates in roughly 1974 when the then up-and-coming band Hall & Oates played the old Agora.

“I got a phone call six months or a year later from John, asking me if I wanted to come to New York and audition for their band because they had a new record coming out,” Sharp said. “So I played with Hall & Oates for a couple of years. Then I moved to Los Angeles when they got a new band.”

Sharp’s rock ’n’ roll career was on solid ground. Soon after landing on the West Coast, he received a strange call reminding him about an audition he knew nothing about.

“The caller said I was all set for the Bob Welch audition,” Sharp said. “I didn’t know what they were talking about, but I ran down to a rehearsal studio, walked in the door and there was Bob Welch and Mick Fleetwood. We plugged in, played and hit it off. Bob hired me, and I also got become pretty good friends with Mick, who was always a big hero of mine.”

From there, Sharp toured the world as Welch’s guitarist, which led to a working relationship with Fleetwood Mac’s Christine McVie. Together they wrote her 1984 hit “Got a Hold on Me.” In addition to co-writing Juice Newton’s “A Little Love,” Sharp also wrote with the likes of Rod Stewart and Delbert McClinton.

These days Sharp is enjoying life in Nashville where he still performs while also being a player in the music industry.

“I have an amplifier company,” Sharp said. “I build guitar amps by hand, but I still play.”

This summer Sharp has returned to his love of live performance touring in support of new single “Back to One,”which was co-written and produced with former Tom Petty & the Heartbreakers drummer Stan Lynch. He’s also supporting the re-issue of his 2001 album Walking All the Way.

“This is a little bit of a sabbatical for me being able to gig and play in some small clubs, so I’m doing is a mini-tour with great friends of mine who are also kind of seasoned players,” said Sharp, who returns to Northeast Ohio for a June 1 show at the Music Box Supper Club.

Looking back on his career, Sharp can’t believe what came after he handed someone a demo cassette. It turns out he did a lot of that in the ’70s, which is probably why we’re writing about him now.

“The message more than anything is perseverance,” Sharp said. “I wanted to be a musician as a kid and a guitar player. You just never know what’s going to happen. I think I put cassettes in lots of people’s hands in my earlier years.

“You have to kind of stay out there, keep at it and maybe something good happens. It’s all opportunities. It’s kind of like when you’re playing in a bar to maybe eight people, you never know who one of them might be.”