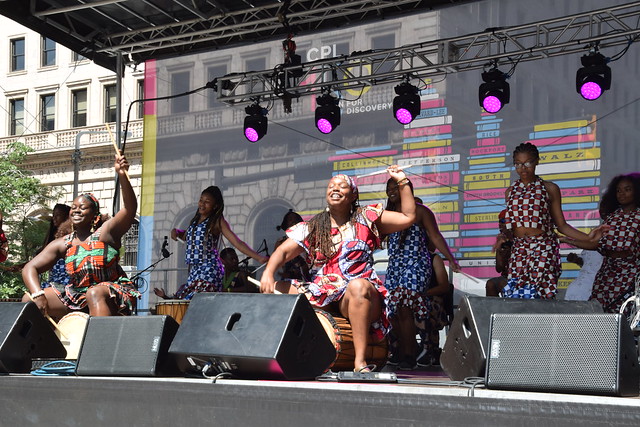 The Cleveland Public Library celebrated its 150th birthday with a big street party that closed off Superior Avenue in front of the main branch and filled it with a giant stage, booths manned by local arts and culture groups such as Zygote Press and the Music Settlement, and a giant Ferris Wheel. As an added attraction, the Roger Titley Puppets, in town for the BorderLight International Theater and Fringe Festival, held their procession right in the middle of it all, with their distinctive critters making their way through the crowd down Superior to Public Square, accompanied by Cleveland’s Djapo African Drum & Dance performance ensemble.