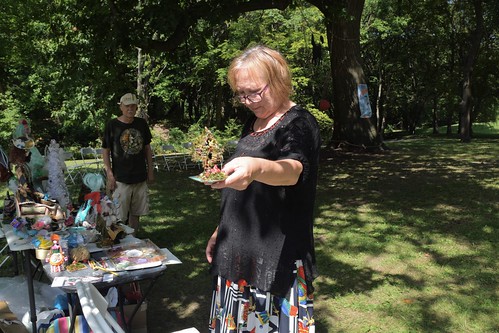 The Cleveland Cultural Gardens celebrated their annual One World Day under changeable skies, veering from strong sun to downpour and bak again. But the weather didn’t dampen the spirits of the crowd which gathered at the new Centennial Peace Plaza to see new citizens sworn in, followed by the Parade of Nations and performances and activities all along the closed-to-traffic Martin Luther King Jr Blvd.

The parade included representatives of some of the newer gardens — Vietnamese, Ethiopian, Mexican — as well as nationalities not represented by a garden such as Japan, Brazil, Egypt and Peru. Food from around the world was a main attraction because Clevelanders love to eat!