When Mansfield Frazier was growing up in Cleveland’s Central neighborhood in the 1950s, he had great expectations. His father, who ran a bar, provided for his family, and Mansfield was a good student with a natural gift for gab. He was accepted to The Ohio State University. But after a high school romance that resulted in a teenage marriage and a couple of kids, his life took a different direction.

For a while he worked in industry and was a skilled craftsman — as he said, the best on the job.  But it was the 1960s. Every time there was a promotion to supervisor, a white guy whom Mansfield had trained got the job.

When his marriage broke up and he became totally frustrated with the discrimination in the workplace, he left Cleveland and spent the next 30 year operating for the most part outside of the law — mostly involved in credit card scams and con games. He was arrested 15 times and convicted 5 times. I still chuckle when I recall his anecdotes about his brushes with the law.

During his prison stints he used his time to educate himself. His vocabulary was enhanced because sometimes the only book that he could get was a dictionary. He had a good working knowledge of the Bible because other times that was the only book available. When there was a prison library — like in The Shawshank Redemption  — he read whatever he could get his hands on. He honed his writing skills.

I first met Mansfield when he was recently released from the penitentiary in the late 1990s and I was a judge. As I recall, he brought me a copy of his book From Behind the Wall, which he published in 1995. The unlikely friendship of a judge and the formerly incarcerated person clicked immediately. When he met his soon-to-be wife Brenda, I had the honor of performing the ceremony in my chambers.

Mansfield and I both loved dogs. We grieved together over lost dogs and rejoiced with new additions.  Every time I got a new dog, I called Mansfield and congratulated him for being a new uncle — a position of honor that he took very seriously. For several years, I dragged dog bones from the farmer’s market at Shaker Square every week to be delivered to Mansfield’s house on my way to church on Sunday morning.

He loved cigars. Every time I made an international trip, I had to buy a cigar in every country. Some were good — some were reported to be pretty bad. I remember a trip to Iceland. I never really figured out the currency and used my credit card to buy Mansfield some cigars at the duty-free shop. He called me to tell me how great they were. When I got my credit card bill, I found out that those cigars cost $75! But he was my friend.

Over the years, in his career as a journalist, I often talked to him about stories in the various newspapers that he edited or wrote for. He would bounce his ideas off me. In later years we co-authored op-ed pieces and articles for CoolCleveland and he encouraged me write a column.

There will be many things said about my friend in the coming days, but the most important things are these:

First, he was a kind and decent man who would do anything for a friend. His kindness and generosity could put a lot of churchgoers to shame. He cared about Cleveland, and he cared about its neighborhoods, especially Hough. He wanted Cleveland to be a better land.

But his most important legacy is his living example of the importance of re-entry programs. When you open the dictionary to the word re-entry, there should be a picture of Mansfield Frazier. He was living proof that even if you strayed from the law and spent some time in jail, it is not a life sentence to a life of crime. He used his time in prison to learn. He turned his life around and then spent the rest of his life helping other formerly incarcerated people.

He started Chateau Hough, the vineyard at 66th and Hough, so that he could hire formerly incarcerated people. When people told him it was a bad idea that wouldn’t work, he forged ahead. He wanted to teach formerly incarcerated people a trade and show them that they did not have to go back to crime. If you wanted to turn your life around, Mansfield found a job for you. He started the non-profit Neighborhood Solutions to create re-entry programs for the formerly incarcerated, and they published the national magazine Reentry Advocate, distributed in prison libraries and some halfway houses throughout the country.

Mansfield passed away peacefully at the age of 78 in the home he built in the Hough neighborhood near his vineyard that has rehabilitated so many people returning from prison. He was surrounded by his wife Brenda and family members as he battled low blood pressure and kidney issues. A parade of friends, community organizers, politicians, those he mentored, and good folks from the non-profit community were grateful to be able to say goodbye.

If the City of Cleveland and the Hough neighborhood want to honor his memory and his legacy, the best way to do that would be to name the Cleveland Public Library under construction at 66th and Lexington the Mansfield Frazier Public Library. It would stand out as a beacon to those who have been formerly incarcerated. But it would also stand out as a model to young people in the community as an example of what you can do for your own community.

Mansfield Frazier loved books. He may have spent time in some prison libraries, but he spent much of his youth in his local branch of the Cleveland Public Library. A library in his name would be a fitting tribute to his memory. Let’s name a library after a homegrown hero. No one is more deserving than Mansfield Frazier.

A memorial service, free and open to the public,is scheduled for Sat 10.23 at 11:30AM at the Maltz Performing Arts Center, 1855 Ansel Road, Cleveland OH 44106, to honor Mansfield Frazier’s life. Tickets are recommended and more information can be found here.

Read some of the estimated 1400 columns Mansfield wrote for CoolCleveland since 2007 here. 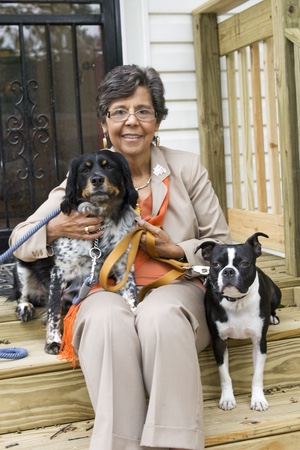 7 Responses to “Mansfield Frazier: A Tribute to a Friend by C. Ellen Connally”