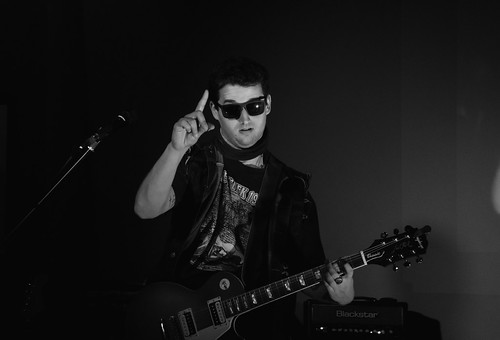 It took two nights to cover the Birth of Punk Rock in Cleveland, Akron and Kent, so extensive and influential was the scene in NE Ohio in the early-mid 70s. But Cleveland glam rockers Vanity Crash CoolCleveland’s Thomas Mulready and a spectrum of interviewees who were part of. that scene made it come alive for viewers. In between interview segments with musicians such as Robert Kidney, Chris Butler, Adele Bertei, Denny Carlton, Marky Ray — and even a taped interview with the late Stiv Bators — Vanity Crash shared both their own timeless music and classics by some of the artists they talked about.

The program, which took place live at the BOP STOP, was only viewable online while it happened. Plans are in the works to expand it into a full evening once the pandemic is in the rear view mirror. Don’t miss it when that happens!