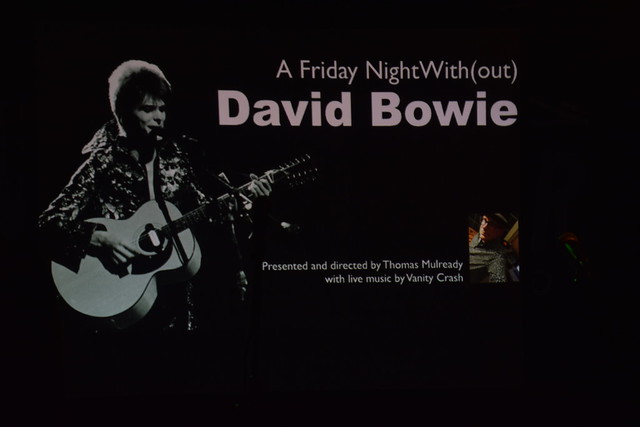 The Winchester show, titled An Evening With(Out) David Bowie, covered his whole life in photos, video and sound clips, interspersed with trivia questions, with Mulready’s co-host Jordan Davis handing out Bowie pins to winners. That program will be repeated at the BOP STOP Fri 1/10 and at CLE Urban Winery in Cleveland Heights Fri 1/17. At Jilly’s, Mulready took an in-depth look at Bowie’s later career starting with his 1980 release Scary Monsters.

Both programs were followed by a high-energy set from Vanity Crash that mingled Bowie tunes — both familiar ones and deep cuts — with the band’s own Bowie-inspired material.