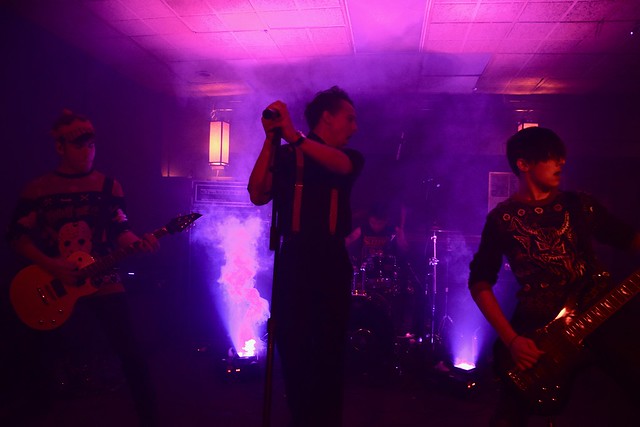 The 11th annual Heavy Metal Food Drive, organized by WJCU Metal on Metal host Bill Peters, took place at the Beachland again this year, utilizing both the Tavern and the Ballroom for a nearly eight-hour show featuring a dozen bands, ranging from punk-influenced to ultra-heavy to the old-school glam metal of headliners Priscilla, reuniting almost exactly 30 years after their debut. Vandallus and Chemikill were both celebrating new albums, and Chemikill’s set featured guest appearances by former Purgatory members, vocalist Jeff Hatrix and drummer Ken Easterly.

As usual, the hall was lined with donated raffle prizes, most having a metal connection, raising still more money for the designated charities: the Great Cleveland Food Bank, Friends of the Cleveland Kennel and the Alzheimer’s Association. Food donations piled up as well for the former two, and $5 bars of Bill Peters’ Metal on Metal soap (is there a message there?) were being sold to benefit the Alzheimer’s Association.