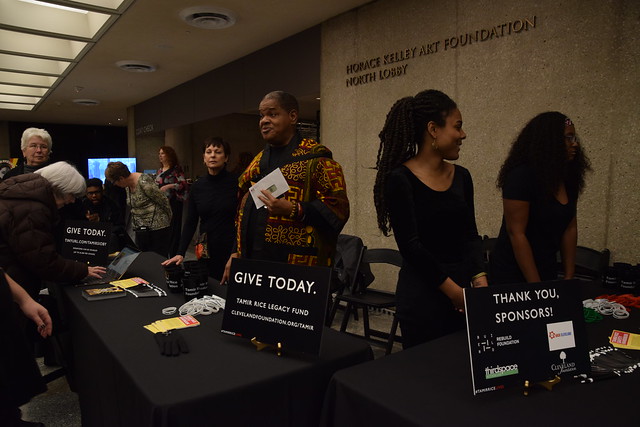 The Cleveland Museum of Art hosted an evening called “Art, Activism & the Legacy of Tamir Rice,” honoring the 12-year-old who was killed by a Cleveland police officer five years ago. But it also honored his love of the arts and his mother Samaria Rice’s determination to use his death and the arts to lift up other black children and get them engaged in activism through the Tamir Rice Afrocentric Cultural Center.

The three-hour evening featured dancing, music, photography, film and a conversation between Cleveland-based journalist/author Bakari Kitwana and Chicago artist Theaster Gates, whose facility, the Stony Island Arts Bank, currently is housing the gazebo where Tamir was killed until a home can be found for it in Cleveland. Samaria Rice also brought up architect Sandra Madison to share some of the plans for the new center, which will be located in an already-purchased building at 61st and St. Clair.

Although the event was free, attendees were invited to donate to help make the center a reality.