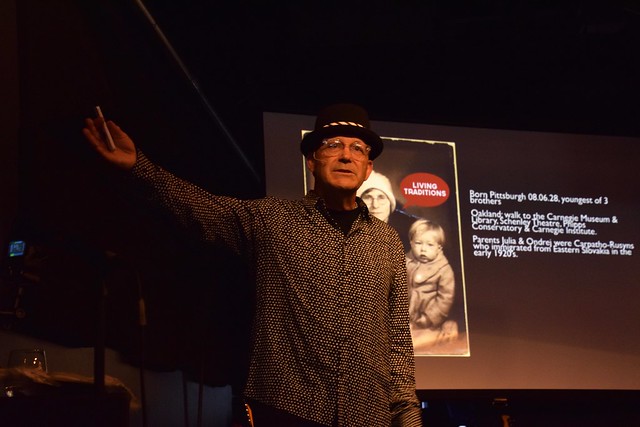 Akron-area fans had the opportunity to learn all about one of the most fruitful collusions of rock music and art in contemporary cultural history when Thomas Mulready and the band Vanity Crash brought the multi-media show “When Andy Met Lou” to Jilly’s Music Room in Akron’s Northside neighborhood, complete with a midday brunch.

It opened with a presentation featuring slides, video clips and sound bites, which told the story of how Lou Reed’s influential band the Velvet Underground came about and how they hooked up with pop artist Andy Warhol who opened doors for them and served as their “protector,” to quote Reed.

That was followed by a Vanity Crash set that featured Velvet Underground songs, mixed with originals. Despite the early hour, they rocked the place.