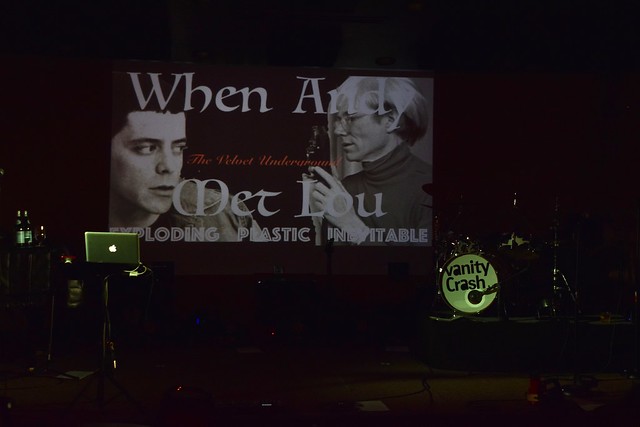 For two nights, the BOP STOP was the place to be to learn all about a significant relationship in the history of art, music and media: “When Andy Meet Lou.”

“Andy,” of course, is Andy Warhol, and “Lou” is Lou Reed, and it was Warhol who introduced Reed’s most influential band, the Velvet Underground, and acted as its “protector.” His coterie of followers provided a light show, film and even a vocalist, Nico, to the band, resulting in a creative Big Bang that resonates to this day.

With film and audio clips, photos and narrative, Thomas Mulready, assisted by Jordan Davis, shared the story of the collision of these two individuals and their circles. Following the presentation, local glam rockers Vanity Crash played a set that featured Velvet Underground songs, along with their own  originals.