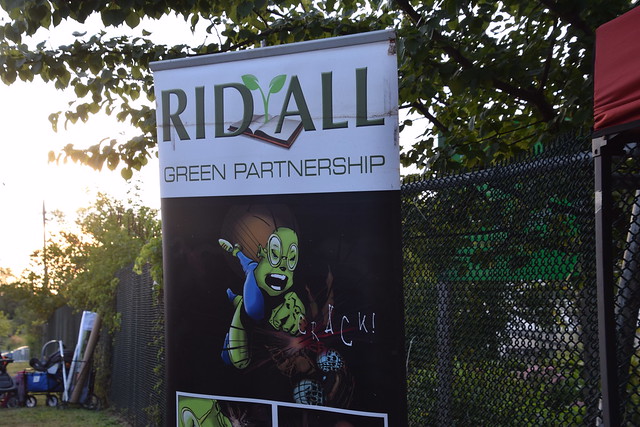 In 2011, a half dozen Cleveland inner-city men founded Rid-All Farm in Kinsman’s “Forgotten Triangle” as part of the Rid-All Green Partnership formed years earlier. With a lot of support from various foundations, institutions and government agencies, they’ve transformed what was vacant space into a food-growing and educational hub, with greenhouses, orchards, a composting facility and a fish farming operation.

To show off what it does to the whole community, the farm hosted the first of what will hopefully be annual Fresh Fests, with food tastings, food and drink vendors, vendors of art, handcrafted items and health-related products, a free food giveaway from a Hough-based community garden, a yoga class on the lawn, mural painting, a roller rink on the basketball court,  and kids’ activities such as toys for toddlers to play with, tug-of-war, and, of course, face painting. There was also music provided by local bands such as the appropriately named female hip-hop duo FreshProduce and Carlos Jones & the P.L.U.S. Band. The headliner was late ’80s/’90s rap star Biz Markie who put the cap in things with a lively and well-received set.