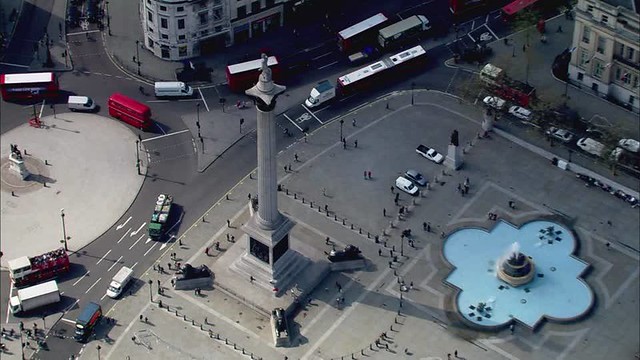 Oh, Cleveland. We missed a big opportunity to create a great Public Square. This week, the RTA (Rapid Transit Authority) began running buses through the center of Public Square. The mayor held out for us. He just needed us to stand up. We failed to do so. Now it is over.

It had always seemed simple to me, down to two questions really: Which is the best design? Which would give Cleveland its best public square? A public square is a city’s unifying meeting space for pedestrian citizens — A place of purpose, the place to meet people in the middle. A place with a long standing American tradition as a center of protest, open dialog, and the exchange ideas. More than simply a city park, a public square is a city’s central meeting place. It is the heart of a city. View the PHOTOSTREAM of some of the world’s great public squares here.

Many were expecting a public square for the ages, a nationally-acclaimed, unified public square. This they did not get.

In an article about Cleveland’s public square, The Atlantic wrote, “City planners are increasingly realizing that investment in public spaces, many neglected for decades, can provide a competitive edge in luring new businesses and residents — especially young creative types — to the urban core.”

Landscape Architects Network put it this way: “The architectural emblem of society in all its guises — economics, politics, protest, food, fun and enjoyment — and at the same time, the arena for all these constructs, is the public square.” I for one believe that the development of public spaces is important to the development of retail and the well-being of a city. There is value in Cleveland’s “live, work and play” ethos, and a public square is central to this.

Last November the Cleveland Retail Commission asked Clevelanders a few questions. Nothing scientific, just 100 people or so, about their thoughts regarding our new Public Square.

77% of those with an opinion believe that running RTA buses around the square, rather than through the square, is best for downtown retail development.

83% told us that having events in Public Square is important to them. One person, I thought, made a lot of sense.

“This is very important to me. If public square is to remain nice and not be a giant bus stop with annoyed looking people waiting around, it has to remain closed. It should have been like that from the beginning. Or they should have made a hill in the middle with a tunnel for traffic to drive through.”

Another said, “Why spend $50 million renovating the park to have a bus cut through the middle of it? Make it an amazing event/programmed space!!!”

And someone with a pithy comment and a sense of mindfulness, told us, “I prefer that there would have been a third option of buses being diverted away from Public Square. Running through would obscure the beauty AND safety. The buses driving around the square is obnoxious and a COMPLETE traffic jam during rush hour and high-traffic times. How could this NOT have been though of before now?”

Again, our survey, conducted by the Cleveland Retail Commission, was not a scientific analysis. No standard deviations. No bell curves. More of a conversation with fellow Clevelanders. Dr. Donald C. Shingler is a social entrepreneur/civic activist, executive director of the nonprofit Cleveland Retail Commission and CEO of Fashion Week Cleveland. Dr. Shingler graduated from the School of Dental Medicine at Case Western Reserve University and received his BS in biology and psychology from the Ohio State University. He owns the cosmetic dental practice Smile Art Center of La Place, located in Beachwood, Ohio. He is a reservist in the U.S. Air Force. For nearly 20 years, Dr. Shingler has resided in downtown Cleveland.